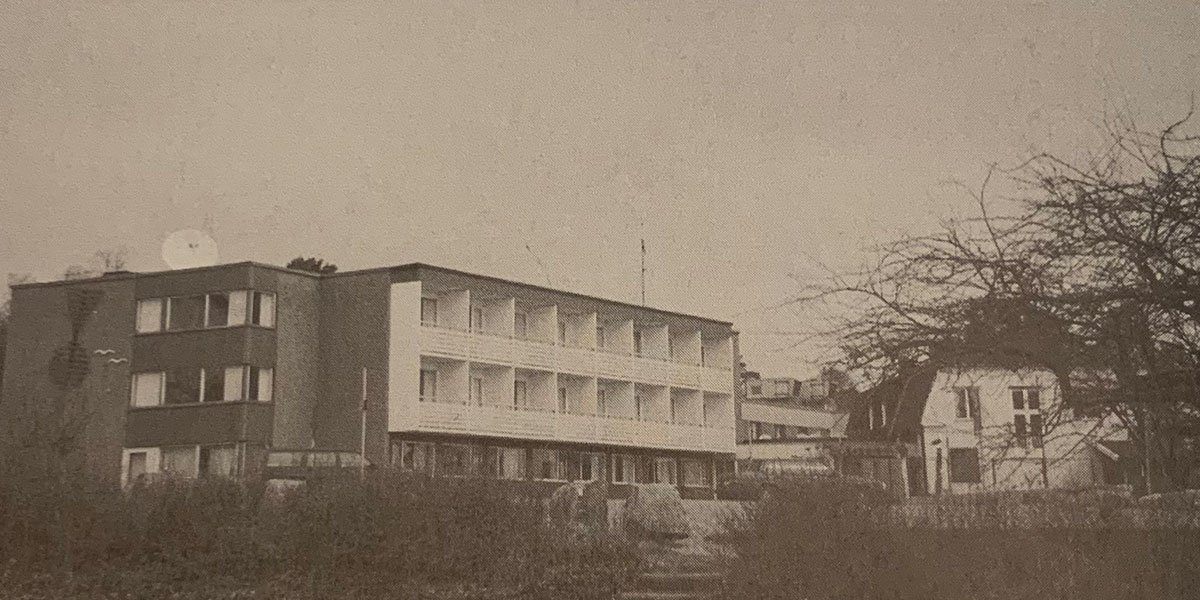 It all started with Järnvägshotellet / Nynäs krog which for a long time was one of Nynäshamn’s most famous landmarks and also a building with exciting history. There are two versions of the story. Järnvägshotellet was built for the Stockholm exhibition in 1897, as an example of prefabricated houses. After the exhibition, the house was bought by Indians, but here the stories go apart.

In the first version, the hotel was on its way to India on a ship. The ship was ordered to turn around to land because of payment concerns and Nynäshamn was the closest harbor. When the house came to Nynäshamn did the owner of Nynäs Gods buy the house.

The second version is that the same house was shipped all the way to India, but the maharad was not happy with the house so he sent it back. In this way, it ended up in Nynäshamn, where Professor Sjögren at Nynäs Gods bought it. At first it was used as a hunting pavilion. But later it became a residence for the railway engineers. When the railway was finished it became a hotel. Which version is the right one do we leave unsaid.

In 1930 a rotunda and the banquet hall was added to the house. But they had significantly larger ideas than that. For example, there are drawings from 1937 on how the hotel could be expanded. Unfortunately, these plans were never realized. In November 1995, the house was completely destroyed in a fire and was never built up again. Nynäs Hotel (Skärgårdshotellet) remained, which during the 1980s was built next to Järnvägshotellet. Järnvägshotellet / Nynäs krog ground is the parking place for Skärgårdshotellet’s guests today.

Skärgårdshotellet today consists of three connected house bodies. The oldest building is the one closest to the sea and was built in 1932, the building with our seaview balcony rooms was built in 1972 and finally the third building, which we internally call the Gotland part, was added in 1982.

After the fire, Nynäs Hotel was sold. The new owners, who also owned the Vildmarkshotellet in Kolmården, started an extensive renovation of the hotel, created its archipelago profile and renamed the hotel to Skärgårdshotellet. At the reception a floor that would make the guests think of an archipelago bridge was laid and on the bench was the fishman Westman placed. On the ground floor, a water profile was created with fishing names such as Gäddan on the conference rooms, sea maps on the walls of the hotel corridors and through-going bridge floors. The conference rooms on the second floor got Bird names, which we recognize from the archipelago environment. In addition to that, the walls were decorated with fishing vessels, gear nets and other things that come from everyday life in the archipelago. In connection with the renovation, Bryggan (the hotel’s dining room) was also built between two of the house bodies.

April 1, 2006, Skärgårdshotellet is sold to Marita and Anders Andersson and the hotel becomes a family owned hotel. Already the following year Skärgårdshotellet is awarded as Entrepreneur of the Year in Nynäshamn. The hotel will keep its archipelago profile, but will undergo a renovation. The facade color goes from green to white, a new overlook is created with a large glass facade overlooking the harbor, the dining room and the lobby get new furnishings, all conference rooms are renovated and a fitness area is built, just to name a few things. And the rest, as you know, is history … 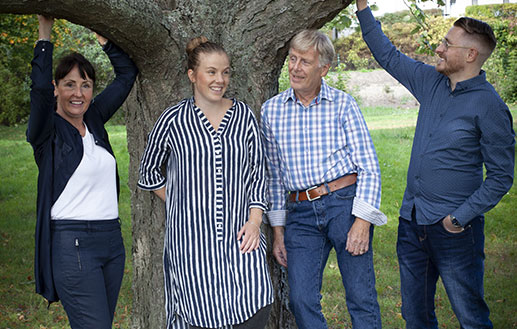 Skärgårdshotellet in Nynäshamn is a family owned hotel and runned by family Andersson together with our staff.

Choose between coming by train from Stockholm Central or follow highway 73 to Nynäshamn by car. 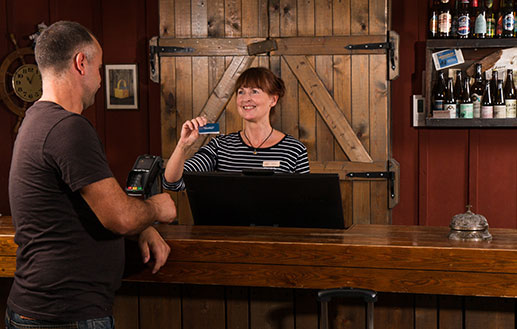